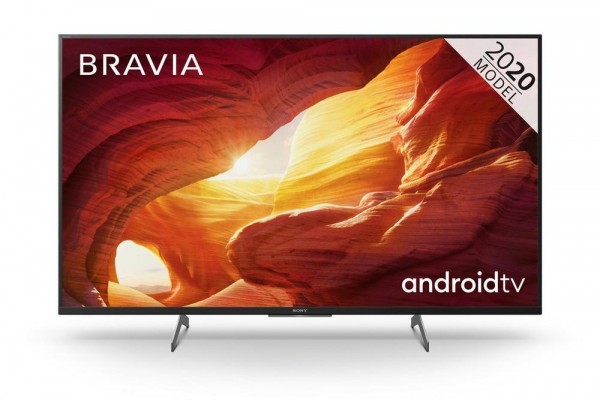 Item out of stock , please telephone for approx date .

Revolutionise the way you watch movies and series with the Sony KD49XH8505BU. Offering a built-in TV service, a multitude of apps, and high-end technology, this 4K television will bring the cinematic experience to your sofa.

Looking for a smaller-sized TV? This model is also available with a 43” screen.

As this Sony 4K LED TV has Smart technology, you can access an impressive variety of on-demand apps – from BBC iPlayer and Demand 5 to Netflix and YouTube. Getting your TV online is simple through Wi-Fi, or with the included ethernet wire. You’ll also find an integrated digital service to view live channels.

Run by Android, the KD49XH8505BU includes Google Assistant and voice control – so you can speak to your remote to find a new comedy or crime-thriller series. In addition to the Google Store app, this Sony TV also features an iPod/iPhone app.

Powered by Sony’s 4K HDR processor X1™, this television offers stunning picture quality that’s packed with realistic details and textures. On the TRILUMINOS display, you’ll experience a spectacular range of colours to bring nature scenes to life – many more than are produced by a conventional TV. And, watch flowing sports matches without interruption thanks to Motionflow XR 800 Hz (100 Hz native panel), which reduces blurring and after-images.

Whatever devices you need to use with the Sony KD49XH8505BU, from consoles to Blu-ray players, you’ll find a variety of connection options:

If you want to watch content directly from your laptop on the big screen, why not take advantage of the PC streaming feature? You can also connect your phone via Bluetooth, to share your media with friends and family.

This black UHD TV can be displayed on the supplied dark silver stand. Or, as it’s VESA compatible, you can wall-mount it to save space in your living room.