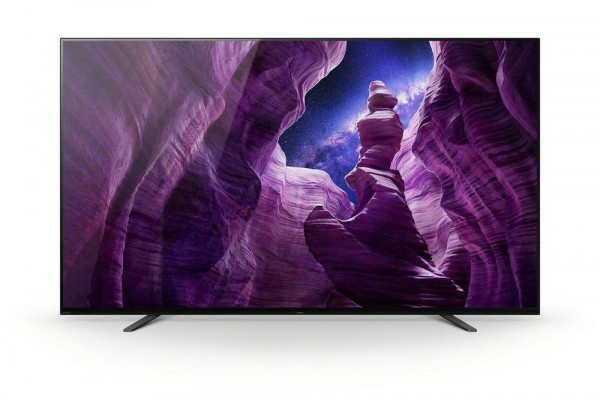 Delivery date to be advised , we will contact you to arrange a date after check-out due to UK stock Issues .

Access never-ending entertainment options on the Sony Bravia KD65A8BU. Featuring Smart functionality and high-end image technology, you can fully immerse yourself in films, series and more. Need the same TV with a smaller screen? You can also buy the 55” KD55A8BU here.

The KD65A8BU TV is Smart, and you can get it online easily via Wi-FI or the supplied ethernet cable. Once you’re connected, browse through a wide range of on-demand apps, including:

Or, perhaps you’d like to link up a games console or Blu-ray player? There is a range of connectivity options on this 4K OLED TV, from four HDMI and three USB ports, to one composite input and one headphone jack. You can even stream directly from your PC, or cast your phone’s media via Bluetooth.

The Sony Bravia KD65A8BU comes with a metal blade stand, or if lounge space is at a premium, it’s VESA compatible and wall mountable